Littering is one of the significant problems that have to be dealt with when considering waste management. Throughout 2020, since due to the pandemic, a lot of people did not have access to the outdoors, we saw a reduced level of littering. As a result, we could see better waste management and environmental preservation all over the globe.

The easiest way to understand what litter is to see it as waste that is put in the wrong place. Littering is an act of placing trash in the wrong place. Waste belongs in trashcans and other such places where it is collected for processing. However, people at times throw rubbish or waste on the streets, outside bins, and other places where the trash does not belong. This is littering.

Littering is a threat to the environment as it causes pollution. It is a primary global concern and needs to be addressed thoughtfully. If you care about waste management, you will have to consider things such as causes of littering, commonly littered materials, and other essential statistics.

Why Do People Litter?

Most of the litter on the street comes from habitual littering, which is a cultural phenomenon embedding in societies. However, several reasons constitute littering; some of them are given below.

Most of the reasons why people litter on the streets are because they do not understand the issues caused by littering. Another reason is that people don’t take personal responsibility for the environment, waste management, and other public domain things. People believe that since others litter, their individual actions will not make much of the difference.

Either people’s unawareness of their negligent attitude towards waste plays a vital role in the increase in littering. However, another thing that constitutes an increased amount of littering is the lack of proper waste management facilities. Some people do not want to litter. However, the lack of dustbins or other suitable places to dispose of their trash forces them to litter.

As a matter of fact, plastic is the most littered item on the planet. However, there are other things too that are constituents of litter. Some of the most commonly littered items are listed below.

1. Littering Can Cause Severe Accidents

All it takes for some trash to be in some unwanted places to cause severe accidents. You might be able to see some wooden crates or big pieces of waste on the road.

Road accidents can take place if a car goes over sharp litter such as nails in a wooden crate. Drivers might also swerve their vehicles to avoid the waste on the road leading to dangerous situations. Litter in water bodies can cause swimmers to drown or even suffocate to death. This way, littering is not only a long-term environmental hazard but also a direct threat to life.

2. Most of the Litter Lands in Oceans

We can agree that people are less likely to throw waste directly into water bodies. However, that does not mean that people do not do it. Most beaches attract a lot of tourists who litter around the coat, and that waste finds its way into the water bodies.

What’s alarming is how a lot of litter is deliberately dumped from collection centres into oceans. In fact, every year, about 130,000 tonnes of plastic finds its way into the Australian waterways and oceans. Most of the oceans are laced with plastic pieces. This waste poses a threat to marine life and the quality of water that reaches humans.

3. Animals Die Due to Littering

You must have seen pictures of birds getting trapped in plastic waste or sea animals suffocating due to waste in the ocean. According to statistics, about one million birds and a thousand sea animals are killed every year due to littering. Some dogs, cats, cows, or other land animals might eat litter that leads to severe issues in their bodies.

While direct contact with trash is dangerous, the indirect contact with the toxins emitted by garbage into their ecosystem is the most significant hazard. The chemicals in plastic items and pesticides in agricultural waste kill many animals throughout the year.

4. Chances of Animal Attacks are Increased Due to Littering

Some animals die due to littering. However, some animals are attracted to humans due to their littering. The most straightforward example to explain this phenomenon is to take an example of a few campers. Some people went on a camping trip into the woods and left some food waste there. This waste includes plastic wrappers, issues, and even things such as apple cores.

When wild animals come in contact with these items, they get the taste of the delicious things that are exclusive to humans. This waste attracts these animals towards humans. They tend to move closer to human civilization to taste and smell things that they will not in the woods, increasing the chances of animal attacks.

Think about the money that is spent by waste management governmental bodies in cleaning the litter on the streets. When people litter the streets, unique bodies have to employ people and machinery to take care of that garbage and assemble it in the correct manner.

A lot of taxpayers’ money goes into cleaning up the mess that humans make on the streets and other places prone to littering. This also impacts the economy as money is spent on an activity that can be controlled by humans on a personal level. The governments can put all that money into other productive activities that can help the country grow economically.

Littering also impacts the local tourism industry, which affects the economic growth of the country.

Some countries such as Australia levy heavy fines on people for littering. Therefore, it is expensive on all the taxpayers’ money and a personal burden if you are caught littering. Making littering illegal is an excellent step by governments to preserve the environment and save lives.

People generally avoid most places that are heavily littered because of their unpleasant sight and smell. Therefore, these secluded places become the hubs of crime. Heavily littered places are also prone to fires. Thus, littering ends up being a social issue rather than an environmental issue.

Nobody wants to buy property at a heavily littered place. Therefore, when places are littered, the property rates of the place reduce drastically. Statistics show that littered spaces witness a property value decrease by 7%. Realtors believe that littering alone can reduce the value of a house by 10-24%

9. Food Packaging is the Largest Source of Littering

When people buy food packaging on the move, they are likely to throw those packaging items wherever they are. Statistics show that most of the litter collected from highways constitutes cardboard, plastic, or paper food packages.

People on the move are likely to litter because of laziness and the lack of dumping facilities on highways. When people buy fast food, they are likely to be on their way to somewhere. People like to get rid of the packaging rid quickly instead of carrying them around in their hands or vehicles.

10. Cigarette Buds are a Great Nuisance to Waste Management

Other than food packaging, cigarette buds are the highest components of litter. These buds take at least ten years to decompose due to their cellulose acetate composition. Therefore, when you dispose of a cigarette bud on the street, there are great chances that it will stay in the waste management system for years.

Cigarette buds are likely to be dumped into the ocean, and their toxins will cause problems for marine life. Cigarette buds are, therefore, a significant threat to the environment, and disposing of them properly is very important.

It is crucial to introduce waste management to people in a healthy manner. If people are made aware of what items are recyclable and what things are not, a lot of that laziness will become moot.

By now, we have a clear understanding of what littering is and what its consequences are. Now, there is time to understand some of the solutions to litter. By following some or all of these things, waste management can get more manageable in the future.

It makes little to no sense for you to not think of littering as a personal responsibility. Each person’s litter is their responsibility, and it should be taken seriously. Forget about what the neighbours and doing, and remember that a single person getting better at waste management makes a difference too.

Many countries have made it a norm for all vehicles to contain a small trashcan. When your car is a trashcan, you are likely to get lazy and throw that candy wrapper on the highway. Instead, you can throw wrappers within your car’s can and empty it in a proper dustbin later.

As mentioned above, many people do not want to litter but have to due to dustbins’ unavailability. Therefore, it is the local authority’s responsibility to install large trashcans in all public places. Highways, too, should have some dustbins so that people do not get iffy about having to carry food packaging for a long time in their cars.

Placed such as parks, restrooms, and town centres are the hot-spots of littering. Installing dustbins there will significantly reduce littering.

Much like increasing the availability of trashcans, it is also the local authority’s responsibility to maintain trashcans. People are left with no choice other than littering if they encounter overflowing dustbins. Therefore, frequent cleaning of trashcans is important.

It is also important to note that not only should the trashcans be emptied but also cleaned thoroughly. Waste accumulated in the bottom of the trashcans is as hazardous as litter.

Littering is a severe environmental and economic hazard. It should not be taken lightly, and people should be made aware of the consequences of littering. It is important to note that once littering is removed from society, not only will waste management get more comfortable, but it will also help the community and economy thrive.

Littering can be one of the most crucial issues while handling waste management. So, how can you deal with this in a proper and more organised manner? Some of the most common items that are littered are plastic items, cigarette buds, cans, paper waste, etc.

Did you know that littering can lead to some severe accidents? If waste is thrown all around, humans, as well as animals, might injure themselves very easily. One of the most challenging issues of improper waste management is that all the waste eventually ends up in the ocean. This, in turn, kills animals that are on land as well as in the water.

Littering can also be very expensive and it is illegal in multiple locations around the globe. Therefore, it is important that we find the right solution to littering for proper waste management. Read this informative piece to find out some interesting facts about littering. Also, you will get to explore various ways in which you can tackle the same. 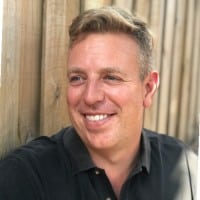