New to smart rubbish? Mobile Skips® have you covered. We’ll deliver your skip bin in 3 hours around Brighton, you can change your order anytime, and even return the bin for free.

Order your skip bins online for delivery in just hours in Marion — where and when you want it.

When your plans unexpectedly change with your skip bin hire, so do we — and you’ll get a free extension.

Change your mind – even after delivery — and we remove the skip bin with no fee.

It's why over a thousand clients have adored our skip bins and rated us 5-stars. Getting rid of all their unwanted household waste, green waste, building waste and just about anything that will fit in our 4 cubic meter skip bins. Great service stems from our worth of giving'celebrity service' right through the experience. We love doing it, and we trust you'll love it too.

Every time on time Always use and will keep using. It too convenient not to

Handy Sized Skip These are super helpful for the convenience and size. Used it twice when moving home

We take (almost) all types of rubbish.

Whether it is a spring clean or following a satisfying DIY job there is always household rubbish that needs getting rid .

Book on line now and we’ll be there within 3 hours to pick up all of your unwanted household rubbish.

What you can put in:

What you can not put in:

You can be certain that at Mobile Skips, we’re proud to get rid of your waste in a sustainable and responsible manner. Our skip bin layout allows for better sorting and recycling.

We’ll deliver your Mobile Skip to your house, anywhere it is possible to park a car. It can go in your own driveway, carport, or garage. Do not worry, unlike conventional skips there will not be any harm to your yard or driveway!

Skip bin hire Brighton doesn’t have to be difficult. Just pick the skip which fits your needs and we’ll do the rest.

In addition, we have our heavy skip that will store 1000kg. This is perfect for home renovations or builders waste. And, if you need our skips longer, you may keep them as long as you need it for only $15 additional per day.

Our skips come back into the depot for emptying and weighing. We then transfer it to our listed recycling plants for recycling and sorting. Each year, we are seeing 1000’s of tonnes diverted from landfill.

Contact Us today to learn more about rates and availability to assist you with your next huge removal.

Our skips are four cubic meters and as standard can hold 500kgs. With fixed prices for two days (3 over a weekend), it’s ideal for a home clear-out.

Our skip bins are great for (just about) any sort of project in Brighton.

Construction waste skip bins – includes wood, concrete, plasterboard, bricks, asbestos, vegetation, rock and soil. Although most of this waste is generated by the construction and demolition industry, building and renovating houses also leads

Property maintenance skip bin hire – Whether you’re managing one house, or have a whole portfolio, home maintenance needs to be planned and managed by professionals to find the ideal result. At Mobile Skips we operate with 100’s of home maintenance contractors to make sure the waste elimination and rubbish clean up at controlled properties is hassle free.

Home renovation skip bins – Whether you are sick and tired of your old bathroom or your kitchen requires an update, house renovations can be a massive undertaking. As you ponder the amazing selection of glossy designs and new substances, remember that doing any kind of renovation leaves plenty of waste behind.

Two aussie icons walked into a carpark… Not actually.

But we did partner up with Bunnings to provide skip bins in carparks around Marion.

Skip bin hire direct from Bunnings in Brighton and throughout Marion, 7 Days per week.

Bunnings stores closest to Brighton where you can tow away a Mobile Skip™.

Surrounding suburbs that we deliver skip bins to in Marion.

Skip bins in Marion without permits, park anywhere, all rubbish, secure lids-change your booking anytime with no fees.

Whether you are having a clear out or doing renovation jobs, Skip bins are frequently the best method to take care of your rubbish. But old fashioned Skip bins are clumsy, costly and may be a nightmare to organise. Would not it be great if there was a way to prevent all the hassle?

We take almost every type of rubbish, simply nothing dangerous or too thick. A Mobile Skips® can match anywhere that matches a vehicle or trailer.

This makes them perfect for those tight spaces or storing them from the way of your daily life.

What happens to the rubbish as soon as you pick it up?

All our skip bins are return to our depot where they are weighed & emptied. The waste is transported daily to our enrolled recycling facilities for recycling & sorting. Learn more at our surroundings page .

How much notice do you want to reserve a skip bin hire?

Most frequently if you book in the morning we could have you delivered on precisely the exact same day within 3 hours. If you are planning ahead, best to book in a timeslot to make certain you get the skip if you require it.

If I get a skip delivered to an address, is it okay to receive it collected from a different address?

We could definitely deliver and collect from different addresses providing they are in the similar place. Just Be Sure You consult with our trailer safety guide.

Do I need to receive a council permit to have it parked on the road?

No, Mobile Skips® offer skip hire without any licenses as our bins are mounted on a registered trailer. So, they may be left wherever it is lawful to park a vehicle. Hassle free.

How much ‘heavy stuff’ I could place into a Mobile Skip bin?

Can I pay cash?

We take all types of credit cards on the internet, but you are able to pay cash through any Bunnings store nearest you, they will be able to help you organise skip bin hire for pick up and delivery. Check availability at your local Bunnings.

How big are the skip bins?

Our Mobile Skips® are 4 cubic meters in volume. This the very popular skip bin size all over Australia because its ideal for wash ups at home, the workplace or little project. Read more at our skips page.

Just how much is the skip hire in Brighton?

We’ve fixed costs without a rip offs to give you peace of mind. Our pricing changes by each city around Australia (due to the wholesale cost of recycling). You can get instant price at mobileskips.com.au.

Really simple, really smart—our skip bins get into tight spaces with no driveway damage and no permits.

Lockable lids mean your skip bin is all yours—no hassles with random dumping or nosey neighbours!

Our rubbish removal is backed up with environmentally responsible disposal—recycling rather than landfill.

Registered partners to recycle and process the waste properly —correct sorting, recycling and diversion materials which can be reused to contribute to the circular economy.

Play your role in caring for the environment! Book a skip bin with Mobile Skips® today today and Make Sure That Your waste will be disposed of in an eco-friendly way, recycling in Brighton.

Trade or Commercial Rubbish in and around Brighton?

On the lookout for a better alternative for your waste on customer jobs? Tired of not getting the service that your business deserves?

Mobile Skips have skip bins for every type of job, large or little. Home renovations, building waste skip bins, gardening jobs as well as also the green waste they create.

Additionally, the local owner-operator in Brighton is only just around the corner and standing by to deliver a skip bin fast from our fleet of smart Mobile skip bins.

Order online for a 3-hour skip bin delivery—you don’t even have to be home during delivery.

From garage clean-outs to building rubbish, from household waste to green rubbish.

Street parking without permits, trailers save your driveway, and fit in garages and other tight spaces. 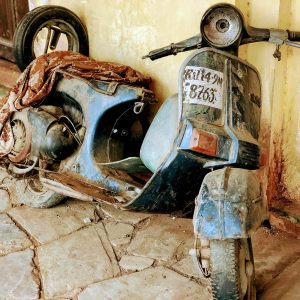 Interesting facts about the effect on the Brighton environment.

Facts about recycling and the impact on the Brighton environment. The word “recycling” is something that we regularly hear. We are constantly reminded to be conscious of the environment, but do you really know what recycling is? In other words, 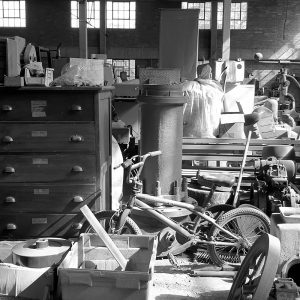 Brighton is a coastal suburb of Adelaide, South Australia, situated between Seacliff and Glenelg and aside Holdfast Bay. Some notable features of the area are the Brighton-Seacliff Yacht Club, the Brighton Surf Lifesaving Club, the Brighton Jetty, and a beach. The Windsor Theatre constructed in 1925 is a long-standing institution, showing cinema to the locals usually two films per night.